Brisket (you know the big tough cut of meat that corned beef comes from before it is cured) is the classic texas bbq. I don't cook it much because it isn't readily available here unless you want corned beef (which when smoked becomes pastrami) and because its more expensive than pork. I got a craving though and hit up sams and picked up a whole brisket. This is how it comes right from the meat packer, no "butcher" in the meat dept has had their hands on it, it hasn't been cured, etc. Straight from the packet to you in a cryovac bag. It is "choice" which is the middle tier of available beef. Most of the stuff in the store is select. The next step up is choice. The beef you'll have to really debate if you can afford or not is prime. The higher it is graded, the better the fat marbling and the more tender the meat will be. The other added bonus of the cryovac bag is that it keeps meat really well. If you can see the expiration date on the box it came from the meat packer in (not the store's labeled date), you could even wet age your beef in it. 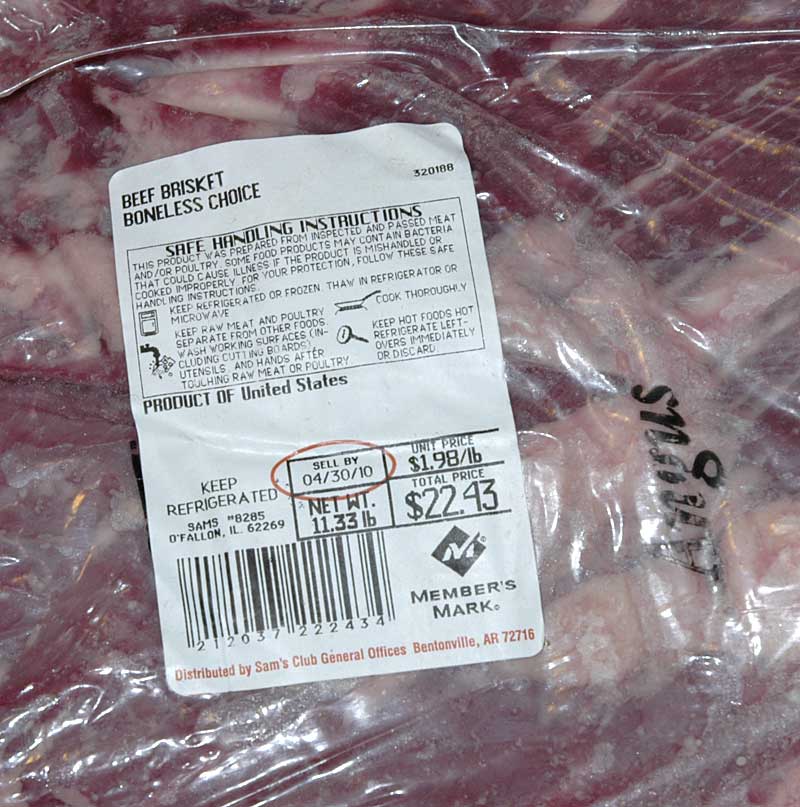 I pulled it out of the bag, trimmed off the hard chunks of fat. Hard fat won't render out. Then I trimmed the rest of the fat on the piece down to about 1/4 or so. No sense in keeping it all on, it will just keep us from getting a great bark. Once it is trimmed I took it out side and placed it on the smoker with rub on both sides, and a couple small pieces of foil at each end. It is almost as long as my grate and the edges run a little hotter so I wanted to protect them from the high heat. I also injected it with a mix of dr pepper, beef broth, a little rub, and a healthy shot of Worcestershire sauce. Stick a probe in it and we're ready to go.

7 and a half hours later it is time to baste a little, check the temp, (151) and flip for good measure. 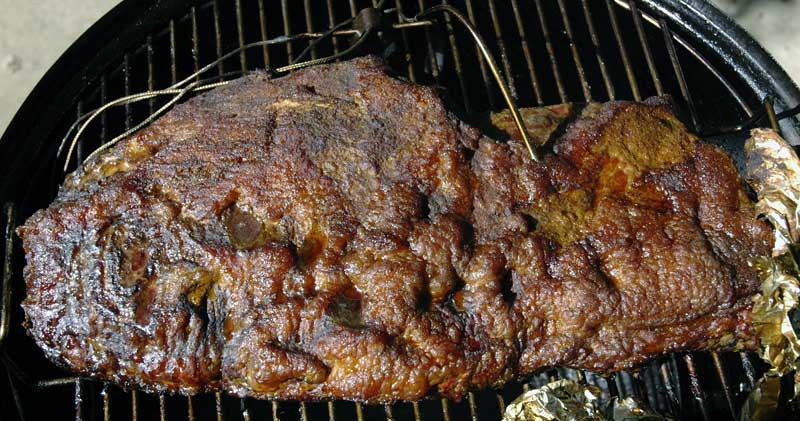 At 160-165 I'll wrap it in foil to help keep it moist (I usually don't baste or mop) and let it cook to 190-200. By the time it reaches those temps it should have turned from one of the toughest cuts on the cow to fork tender. It is still going in my smokey mountain. 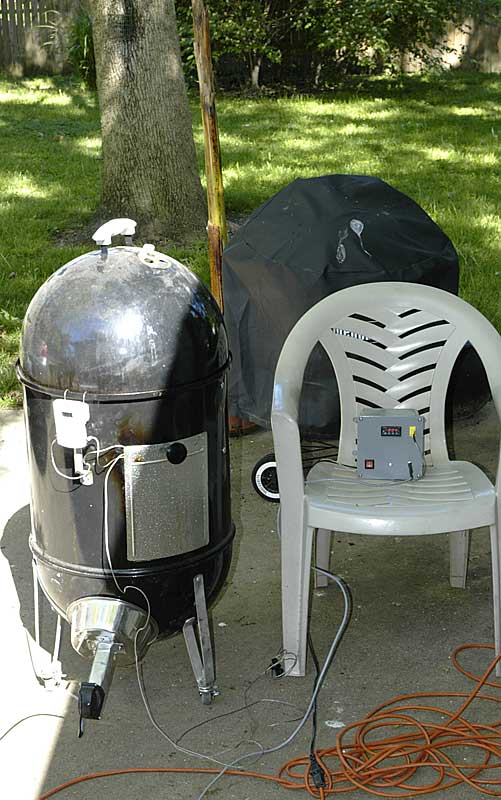 Once the brisket is tender, wrap it in foil and let rest for half an hour.

Seperate the point from the flat along the fat vein and slice the flat thin against the grain. 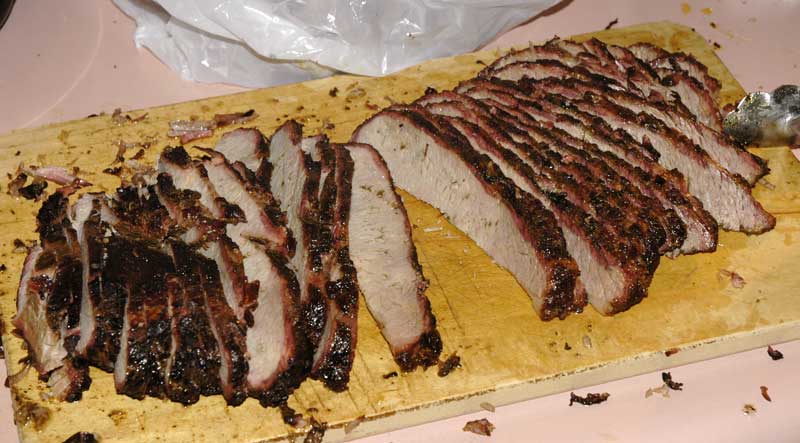 I cut off the point and shredded it. The brisket was tender and delicious, although appearance wise it could use more smoke ring. My final yield was 4 pounds of meat, which is pretty close to what I'd get from a similarly sized pork butt.

Contents are copyright NeverStopSmoking.com, all rights reserved. Be nice, don't steal my site.
Page was generated in 0.000117 seconds