Apparently some parts of the country have pork steak, some don't. Its really popular here in the St. Louis area, although the traditional cooking method generally involves boiling it to death in a pan of maulls on the grill. I don't care for that so I'm doing it "better."

Pork steak is just a pork butt sliced up. Being near a holiday weekend the grocery store had butts on sale for 99 cents a pound so I grabbed a smallish one and asked the butcher to slice it into 3/4" slices. 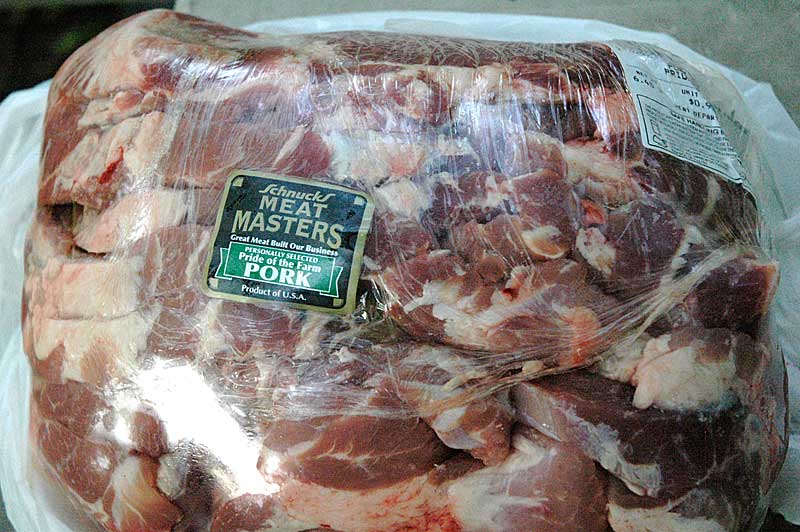 Instead of breaking out the big smoker I decided to use the kettle today. I laid the pork steaks out, sprinkled them with rub. The charcoal is a about a chimney's worth of unlit lump charcoal, maybe 1/5th of a chimney of lit lump, and a few pieces of hickory chunks. We're cooking indirect so the coals are on the opposite side of the meat. Crack the intake vent just a bit and try to keep the grill around 225 give or take 25 degrees. 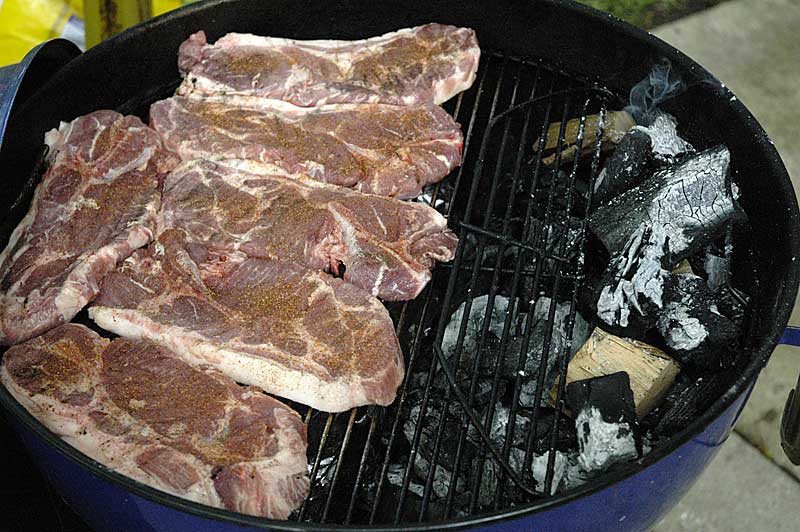 In about 2 hours they'll be starting to feel tender at last (check with a toothpick), pull them off the grill, take the lid off, and open the vent all the way. We're going to build a roaring hot fire and put a nice sear on them directly over the coals. 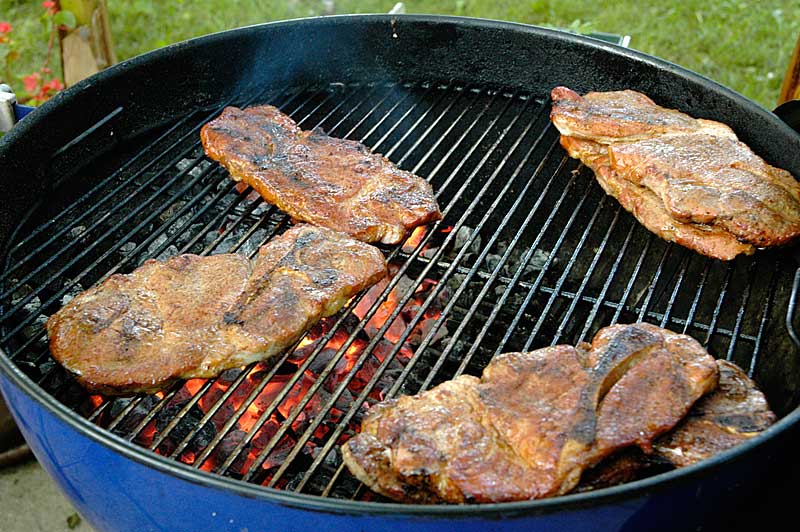 Once you've seared each piece, close the intake nearly all the way again and brush the steaks with sauce and put them back on the side without the coals. I used 2 parts kc masterpieces thinned with 2 parts apple juice and 1 part apple cider vinegar. Flip and repeat every few minutes for 10-15 minutes. I like about 3 coats. 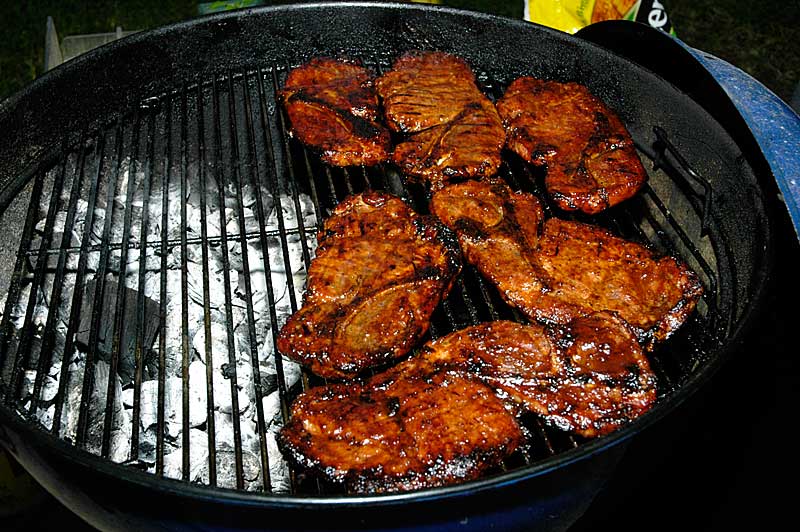 When you're done they should be tender enough to nearly fall apart as you move them and have a nice glaze of sauce on them. 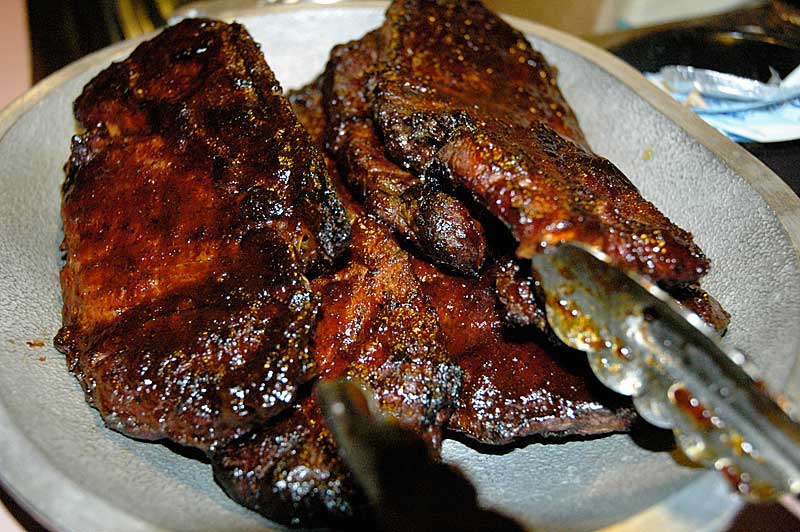 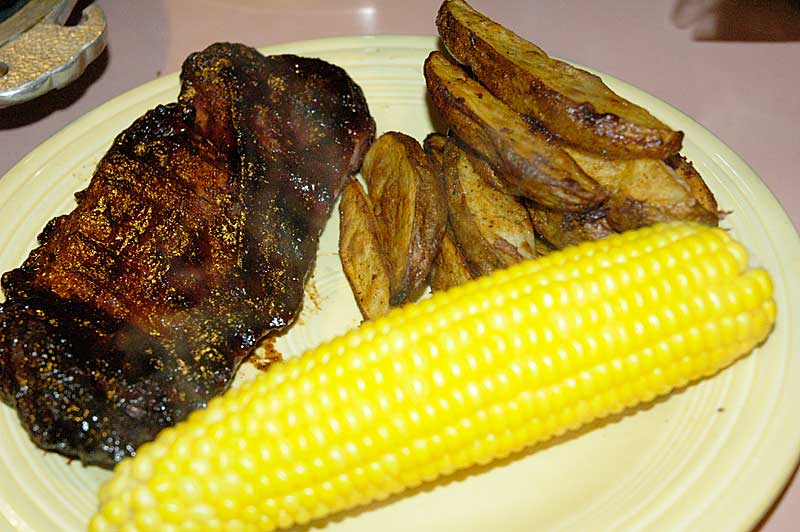 Contents are copyright NeverStopSmoking.com, all rights reserved. Be nice, don't steal my site.
Page was generated in 0.000090 seconds